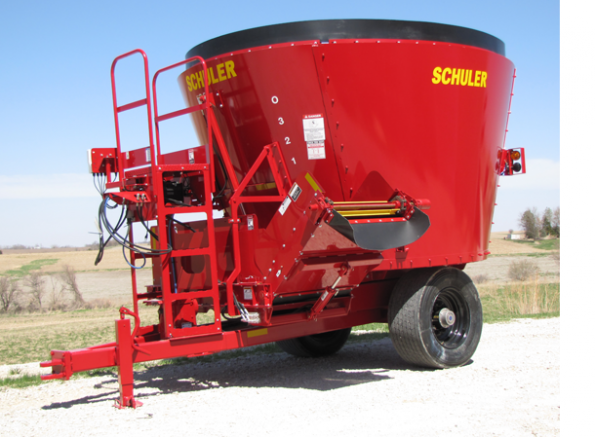 On Thursday February 13th, we were proud to host our annual Dairy Producer Seminar in Milverton. In case you missed the meeting, here is a brief recap of the day’s proceedings:

The major contributing factors to TMR Variation include:

Mixing at the same auger speed the entire load: RPM’s < 30 = lower mix quality, RPMs > 30 = higher mix quality. Mix all dry ingredients and liquid at high speeds and then mix corn silage at lower speed = good mix quality. Mixer turned off during loading of all ingredients except when liquid is added last with auger speed at 40 rpm = good mix quality. (Turning the mixer off during loading improves accuracy).  Mixing at slower RPM longer does not make a better mix compared to mixing at higher RPM for shorter time. Mixing at higher RPM appears not to decrease TMR particle size provided total mixing time is < 20 minutes.

The key point to Dr Godden’s presentation was that Mastitis continues to be the most costly infectious disease on dairies. The majority of antibiotic use on dairies relates to mastitis prevention or treatment. Our goal should be to promote prudent drug use while maximizing treatment success (using antibiotics only when necessary and target based on bacterial cause). When one is making mastitis treatment decisions, the factors to consider must include: the cow, the pathogen (bug) and, drug factors (efficacy and protocol used). Not all cows should be treated the same.

Obviously the severity of the mastitis must be considered whereby Grade 3 (toxic, systemic signs) must be treated more aggressively with fluids, anti-inflammatories, systemic antibiotics, and Grade 1 or 2 mastitis with abnormal milk or quarters are often just treated with intrammammary antibiotics.

Other cow factors include the likelihood of a cure. An older cow, with multiple quarters infected, or a longer history of clinical or subclinical mastitis has a poorer chance for a cure. Knowledge of the type or species of bacteria causing the mastitis is also beneficial. Do we need to use an antibiotic? Do we need to choose a particular antibiotic or treatment protocol?

Dr. Godden showed a summary of several mastitis studies in which clinical mastitis cases were cultured. A range of 9-40% of cases cultured were no growth, 15-70% gram positive and 8-44% gram negative. In cases of no bacterial growth, most cases are likely to be self cures, or “weird” bugs that don’t grow under normal conditions (such as Mycoplasma, yeast, etc.). At any rate if there is no bacteria, do we need to use intramammary antibiotics? Furthermore, certain bacteria such as Mycoplasma, Prototheca, Serratia, and yeast do not respond to antibiotcs. Gram negative bacteria such as E coli and Klebsiella also do not respond well to antibiotics and most studies report a high spontaneous cure rate for these bacteria.

The last group, the gram positive tend to respond well to the commonly used intramammary antibiotics (beta lactam antibiotics). However, certain gram positive bacteria such as Staph aureus or Strep uberis respond much better to extended therapy. Chronic infections do occur as many of you know, and may require drying off or killing of the quarter, or culling.

Therefore, the potential benefits of culturing and targeted antibiotic therapy are that intramammary antibiotic use is not justified in up to 50% of clinical mastitis cases according to research. Advantages include reduced treatment costs (drugs, labor, milk withhold), reduce risk of residue violations, reduced risk of antimicrobial resistance, and improved treatment success. With the emergence of more rapid on farm or in clinic culture systems, the historic disadvantages of culturing such as inconvenience of shipping samples off and delays reporting results are largely eliminated. Petrifilm systems, and the Minnesota easy Culture Systems (bi-plate and tri-plate) use selective culture media to quickly differentiate mastitis cases into treatment or management groups.

The tri-plate system used at Milverton-Wellesley for example, quickly (typically 24 hours) determines if there growth or not, if it is gram positive or negative growth, and selects for strep species. Another couple of biochemical tests can further determine if it is Staph aureus or not. The exact species is not always determined, but it is narrowed down enough to make treatment decisions. These culture systems have good accuracy and confidence of results when interpreted by an experienced individual at the general levels as described above.

Dr. Godden presented two studies comparing the success of selective treatment of clinical mastitis based on farm culture results (vs treatment of all clinical cases). In short the studied found that herds that only treated culture positive cows had no difference days to clinical cure, days out of tank, rate of recurrence, milk yield, SCC, and risk of culling/death. The only difference was a 40% reduction in antibiotic usage. In other words, the herds did as well based on all the above measures by only treating culture positive cows and used 40% less antibiotics thereby saving money, labor etc.